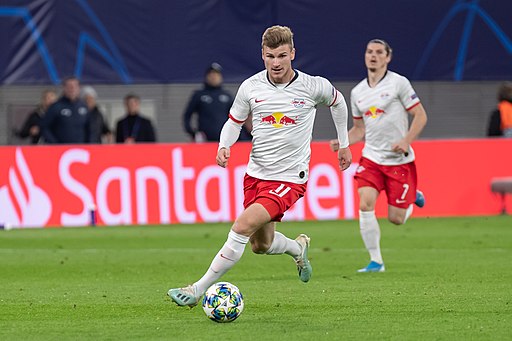 Manchester United have joined the race for Timo Werner, who looks to be on his way out of the Bundesliga this summer. Unfortunately for the Red Devils, they are not the only team in contention to sign the RB Leipzig striker, who has a number of big clubs wanting his signature. These clubs are arguably doing better than Manchester United in the current season, which already puts them on the back foot. Barcelona are one of the giants that have him on their radar and why wouldn’t they? Timo Werner is in excellent form this season, scoring 21 goals in 23 games this season, with an extra 4 in the UEFA Champions League.

There is no surprise that this kind of form has caught the eye of many big teams around the world. Werner actually has a £51 million release clause in his contract, if the deal is to be completed before April. This doesn’t give teams a great amount of time to get their hands on him, as we fast approach the end of the season. The big clubs and Timo himself are going to have to start making some serious decisions.

If he is not sold by this period, his price is expected to skyrocket, with the Euros approaching, where he has the chance to be in more inspiring form. This will certainly add a lot of value to the striker and could have teams kicking themselves that they haven’t got their hands on their man. There has been a lot of changes in betting around transfers, did you know that you can bet on the upcoming transfers? At Max Free Bets they list betting sites if you want to try your luck.

It is also believed that Liverpool are in the driving seat, as Werner looks to play under fellow German Jurgen Klopp. Liverpool are on the hunt for a new striker and a player like this in this kind of form could be a perfect addition.

Manchester United could also do with a great striker like him. United are still in a process of trying to rebuild their team, which has taken its time but finally looks like its about to pay off. Recent additions to the side like Bruno Fernandes show that United mean business and he could be a crucial player for them. Bruno is not only a great goal scorer but also great at assisting other players as he is able to find passes no one else can, this could work well with a clinical goal scorer like Werner and that partnership could win Manchester United a lot of games next season, allowing them to try and get back to their ways of finishing in the top 4.

If Liverpool decide not to go ahead with the deal and do not want to sign the forward, then it could be a case of him choosing to join United and helping them get back to winning silverware. If he was to do this then he would certainly go down in Manchester United history.