watching england at the world cup in qatar news articles

Your guide to watching England at the World Cup

Image is under Creative Commons

Qatar 2022 is almost upon us, with the world’s most famous teams and best-loved players about to make history as the tournament pays its first visit to the Arab World. FIFA World Cup 2022 begins on 21st November when the host nation plays its first match at this level, taking on Ecuador at Al Bayt Stadium, Al Khor.

England booked their place thanks to a remarkable qualifying campaign that led to them finishing on top of Group I, six points clear of nearest rivals Poland. The Three Lions finished that stage of play with eight wins and two draws, making them one of only a few teams to qualify with unbeaten records. This made England popular, with sports fans making predictions on the World Cup winners.

Will Gareth Southgate’s men put a poor showing in the UEFA Nations League behind them to shine in Qatar? Fans certainly hope so, and on a year when England’s women’s team made history by winning Euro 2022 and the unprecedented success of its athletes at the Commonwealth Games in Birmingham, the pressure is on Harry Kane and his teammates. Is this the year that, finally, after 56 years of waiting, football comes home for the men? 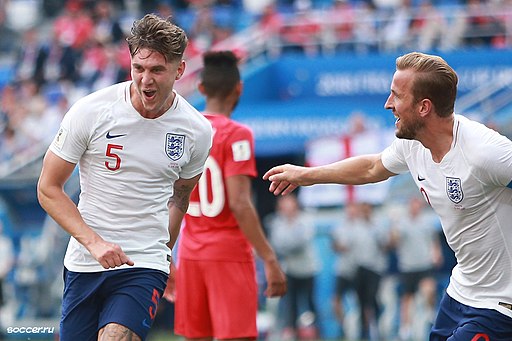 Dates for your diary

Below you will find confirmed dates and details of England’s World Cup 2022 group matches. We have also posted dates of the knockout rounds that England will be involved in if they make it through Group B ahead of Iran, the United States and Wales. England will play each other side involved in the group once, with the best performing teams progressing to the knockout stages.

If we follow the thinking of experts and say England wins their group, progressing as the champions, we can take a guess at some of the teams they might play in that round. In the Round of 16 matches, we already know the Group B winners play Group A runners-up on Sunday, 4th December in Al Khor. If everything doesn’t go to plan for England, the Group B runners-up will play the Group A winners. To avoid a more difficult opponent in the Round of 16 draw, Southgate will demand his players finish in pole position.

In Group A, we find Qatar, Ecuador, Senegal and the Netherlands. We are guessing, of course, that the Netherlands will live up to expectations and win their set. Senegal looks - on paper - to be the second-best team and could bank their first meeting with England.

How to watch England games

All England matches from the World Cup will be broadcast live and for free across the United Kingdom, thanks to the BBC and ITV. Followers of the Three Lions based overseas will find coverage on several popular television channels. We expect more people than ever before will watch World Cup 2022 on television due to the close proximity of games and the Christmas break. There’s also the region’s uncomfortably high temperatures and the spiralling cost of tickets.

Watching the big match on TV is great as you have the best seat in the house while enjoying the game backed up by the expert commentary team. You can take in the game at a local sports bar or share the experience with friends and family by hosting a watch party, creating an atmosphere and bringing people together through a love of the beautiful game. But what if you aren’t at home or don’t have access to a TV?

Leading sportsbooks offer customers the best live streaming, allowing all registered members to watch the match on their Android or iOS smartphone. Never again will you miss the chance to cheer on your team. The quality of the live stream is as good as you’d find on TV, with commentary, unique camera angles, updated stats, live scores from across the board and in-play betting markets.