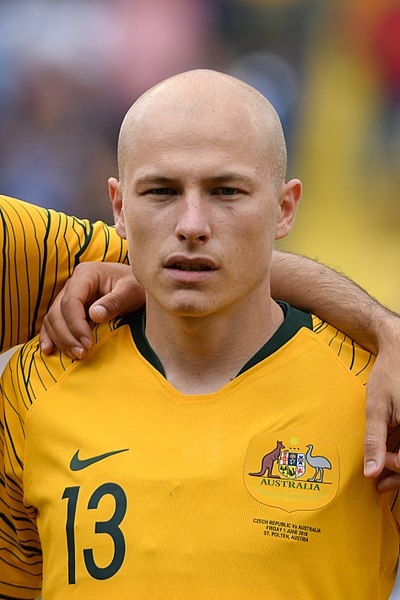 Australia international midfielder Aaron Mooy made a transfer deadline day return to the Premier League as he joined Brighton and Hove Albion on loan for the 2019-20 season.

News of his temporary switch to the Seagulls came on the same day he penned a new three-year contract with parent club Huddersfield Town.

His time in the English top-flight after helping Huddersfield to an against-all-odds promotion in the 2016-17 season saw Mooy battling to keep the West Yorkshire club in the division.

Although the Terriers preserved Premier League status during their first-ever season in it, last term proved a dismal campaign in which they finished rock bottom and lost manager David Wagner who left by mutual consent en route.

Mooy acquitted himself well at that level, however. scoring seven goals and making four assists in 65 games from a deep-lying midfield.

New club Brighton, where he's set to spend this season, are also expected to be in the relegation dogfight after back-to-back bottom-six Premier League finishes.

The Seagulls changed their manager over the summer, sacking Chris Hughton after four-and-a-half years in charge and replacing him with Swansea City head coach Graham Potter.

How these former A-League stars perform between the posts and in midfield will be key to the Seagulls' hopes of avoiding relegation and improving on last season's 17th place finish in the Premier League.

Mooy, 28, is a former Western Sydney Wanderers and Melbourne City player. The latter club are 5/1 chances in the outright A-League betting on the 2019-20 season with bet365.

Former Swindon Town midfielder Luongo, 26, moves to Hillsborough for an undisclosed fee and the Owls haven't confirmed the length of his contract.

Like Mooy who was on the books at Manchester City, Luongo was once at a big Premier League club as he came through the Tottenham Hotspur academy after leaving Leichhardt Tigers in Sydney as a teenager.

Wednesday are without a permanent manager since Steve Bruce resigned in July and took over at boyhood club Newcastle United, succeeding the departed Rafa Benitez.

Luongo was one of three deadline day arrivals for the blue half of Sheffield. Joining him at the Owls are Scotland defender David Bates on loan from Hamburg and winger Jacob Murphy on a similar temporary deal from Newcastle.

With Australia starting their 2022 World Cup qualifying campaign on 10 September with a trip to Kuwait, the Socceroos need Mooy and Luongo to settle in at their new clubs quickly.