Arsenal agree Nicolas Pepe deal but is it enough for Champions League return? 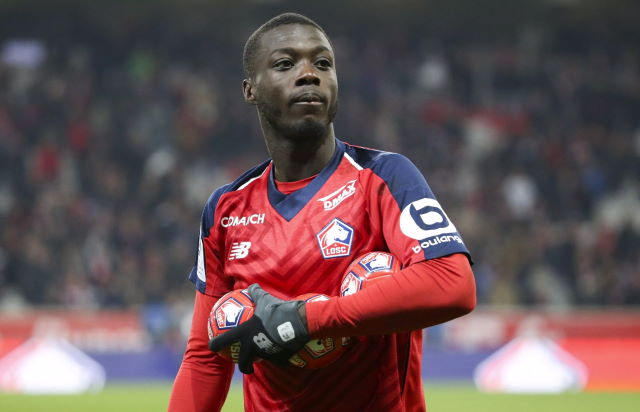 Nicolas Pepe to Arsenal is a done deal. The Lille forward who scored 22 Ligue 1 goals last season has joined the Gunners on a long-term contract. It’s a club-record transfer for Arsenal who have already signed a couple of other players this window. It’s a massive transfer for the club but will it be enough to get Unai Emery’s side back into the Champions League? They’ve spent the last three seasons outside of the Premier League top four and they can’t afford another.

It’s been a good few weeks for Arsenal. On the same day, the club confirmed deals for William Saliba and Dani Ceballos. Saliba is an 18-year-old centre-back who was brought in from the French side Saint-Etienne. The Gunners beat out competition from some of Europe’s top sides to sign the highly-thought-of Frenchman. He will return to the Ligue 1 side for next season but there is a feeling that this is one for the long-term. 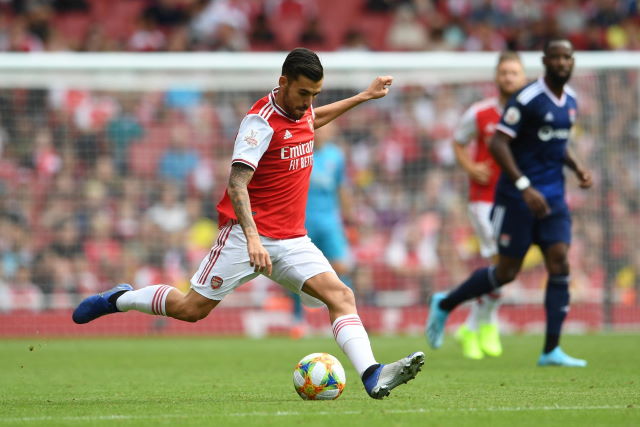 On the other end of the spectrum, Ceballos is very much a short-term signing. The midfielder has joined the North London side on a season-long loan deal from Real Madrid. The 22-year-old fell out of favour at the Santiago Bernabeu and is said to have a testing relationship with manager Zinedine Zidane. He will play in North London next season but there is said to be no option to buy for the Gunners.

But of course, the biggest deal of them all is the one for Nicolas Pepe. The Ivory Coast international has joined the Gunners on a deal said to be worth upwards of £72 million. He’s signed a five-year deal to become the club’s record transfer and the most expensive African player of all time.

For many, Pepe represents the missing piece in Arsenal’s attack. The Gunners already have Pierre-Emerick Aubameyang, Alexandre Lacazette, and Mesut Özil to choose from but there was something lacking last season. Unai Emery’s attack lacks a true ball- carrier, a pacy player able to take the ball past players. Pepe carries these qualities, making an average of 2.7 dribbles/game in Ligue 1 last term on his way to 11 assists.

Goals are also missing from Arsenal’s midfield. Aubameyang and Lacazette are the obvious goal threats but beyond those two, no Gunners player scored more than 6 in the Premier League. Pepe will surely change that. Although a lot of the winger’s strikes last season were from the penalty spot, the 24-year-old is a good finisher who creates a lot of opportunities.

Europa League, a major comedown in terms of reputation and revenue. They are 11/8 to finish in the top-four on Betway as of 31 July. That puts them behind Manchester United and Tottenham Hotspur as things stand. Arsenal were in a great position to return to the competition but a late-season collapse prevented that.

Would Nicolas Pepe and Dani Ceballos have helped Arsenal in the Europa League final? Probably not because the Gunners’ weaknesses are at the other end of the pitch. The bottom line is that Arsenal conceded too many goals. The Gunners let in more than Leicester City and even Newcastle United last term on their way to fifth in the Premier League. To put that into scale with the clubs at the top, the Gunners conceded more than Manchester City and Liverpool combined. 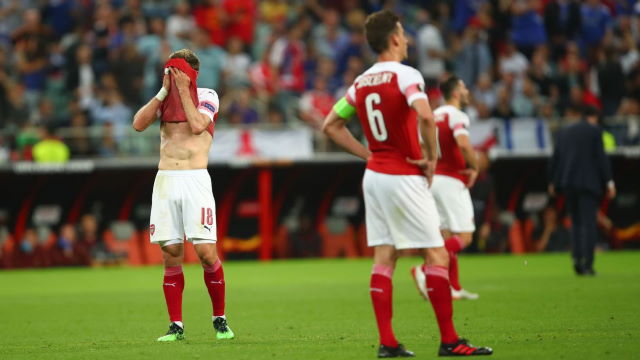 Whether it was in a back four or a back five, the Gunners just looked too open. Arsenal’s goalkeepers were forced into making 133 saves last season, the fifth-worst figure in the Premier League.

Most will point blame at the personnel. At the back, Arsenal looked fairly solid for the first few months of the season. Injuries didn’t help with Rob Holding and Hector Bellerin both rupturing their cruciate knee ligaments in the winter. Their replacements – Ainsley Maitland-Niles and Shkodran Mustafi were both inconsistent and the German especially made some high-profile errors. On the left side, the offensive-minded Sead Kolasinac showed little to suggest that he could play in Unai Emery’s preferred back four.

It seems as if Arsenal are taking steps to address the latter issue. The club has been locked in negotiations with Celtic for the past few weeks over the transfer of Kieran Tierney. The Scottish international is a superior defender who still offers a lot moving forward. There is talk of a £25 million deal being agreed within the coming days.

It can’t come too soon for Arsenal. The Gunners’ midfield and attack will improve next season but the issue is still at the back. Kieran Tierney would add a lot down the right flank and the returning Holding and Bellerin will help things. However, there is still a feeling that the club will need another centre-back. Saliba is a long-term signing but the Gunners need help now. If they can find a way to bring in a defensive upgrade immediately then there is no way why they can’t achieve their goals next season.