Let's face it, Luis Suárez, one of Barcelona's top strikers, is getting old. He's not the same young fellow that used to score loads of goals and ferociously bite his enemies. In fact, all that human meat diet seems to have made him kind of chubby and clunky. He has been underperforming for a while. For instance, he scored zero goals in his last 20 away UEFA Champions League matches. These facts didn't go unnoticed by Barcelona's higher-ups and it looks they're planning to replace him with another South-American striker: Lautaro Martinez. 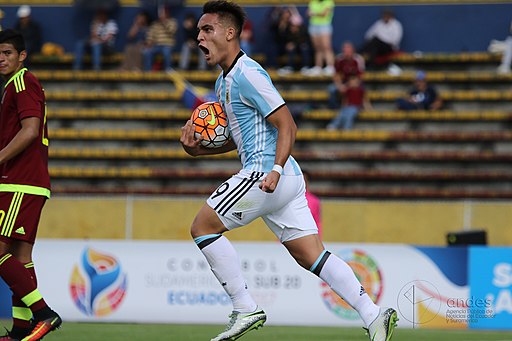 Since many football enthusiasts love betting on matches and even transfers, everyone has their eyes on how this story will unfold. Given the bets that are being made on this matter on online casino and sports betting sites, websites like kingcasinobonus.co.uk, many cannot help but wonder what makes this player so special. Well, you're all about to find out.

Who is Lautaro Martinez?

Born and raised in Argentina, Martinez, who is 10 years younger than Suarez, caught the attention of local talent scouts from an early age. By 2013, he was already playing as a professional footballer for Liniers and scored 13 goals in the U17 league. That caught the eye of Racing Club's (one of Argentina's “big five” teams) coach, who took him under his wing in 2014. His ascension was swift, scoring 53 goals in just 64 games for the club's reserve side. By 2015, Racing was planning to sell him to Real Madrid, but, at the moment, the young Argentinian chose to remain loyal to his home country. He quickly assumed a senior role in the main team and in the 2016-17 season he managed to score 9 goals in 23 appearances.

Finally, on 4 July 2018, one of Italy's football top squads, Internazionale Milano, managed to officially grab him for the hefty sum of almost £20 million, signing a five-year contract. Since then, Martinez scored 10 goals in 35 Serie A games and two in eight European appearances. His market value quickly skyrocketed: according to some sources, he's currently being evaluated at almost £100 million.

Earlier this season, in the Camp Nou, he managed to score a goal within the first two minutes of a game against Barcelona. In the end, the Catalans defeated Internazionale 2-1, but Martinez's quick goal left an impression on Barcelona's manager, Ernesto Valverde, who now wants him in his team. As we said before, the plan is for Martinez to become Suarez's long-term replacement. And speaking of Suarez, he's the one that scored the two winning goals in the match we mentioned before. So he still has some fight left in him. But for how long?

According to FC Inter News, Manchester United is also eyeing the Argentinian star, while Inter is trying to keep him by launching contract negotiations to raise or remove his current release clause. But Barcelona is playing hard: some sources say they're ready to give Ivan Rakitic and Arturo Vidal in exchange for Lautaro Martinez. It may look like a huge gamble, but the Catalan giants have enough purchasing power to afford the risk.