can simeone bring the good times back to atletico news articles

Viva la Revolución: Can Simeone Bring the Good Times Back to Atletico Madrid?

Is revolution in the air in Madrid? The pre-season months are always a time for rampant optimism and hyperbole, but there does feel like there’s something fresh and new going on in Spain’s capital. First of all, Zinedine Zidane is back in charge at Real Madrid – the side he led to three Champions League triumphs - and the French legend will be armed with a litany of new signings as he looks to wrestle La Liga dominance away from Barcelona.

Meanwhile, in the same city, Diego Simeone has been planning a quiet revolution at Atletico. Some big names have gone, a number of defensive stalwarts have also departed for pastures new and in their place comes a variety of exciting young attacking talents and some much-needed defensive reinforcements.

All of the above should lead to one of the most appetising editions of the La Liga in quite some time, and while Barcelona remain an odds-on favourite in the sports betting market to lift a third consecutive top-flight trophy, the shortening prices of both Madrid outfits suggest that their transfer business has impressed the bookies, although Atletico are still quite a bit behind at 14/1.

Developments at the Wanda Metropolitano Stadium are particularly intriguing, as Simeone looks to revitalise his side into something completely different to what we have seen before from him. 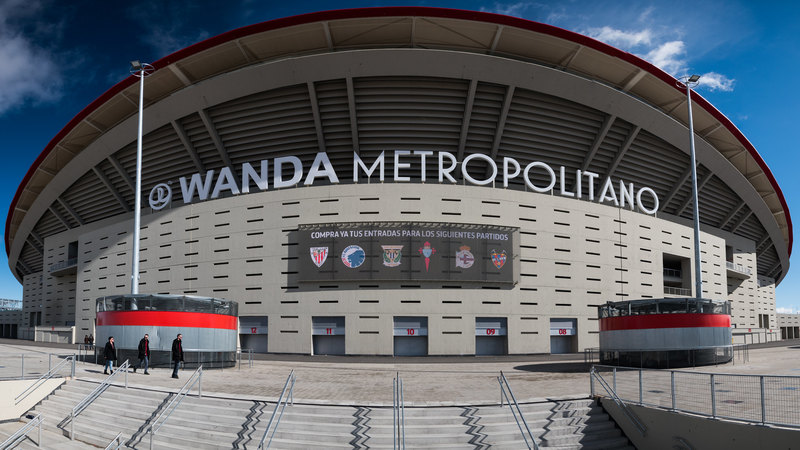 Out With the Old

Football is, in many ways, an ageist sport, but it’s one where players of all shapes, sizes and nationalities do have a shelf life. Simeone has decided that the time has come to cut ties with a number of key performers that have served him so well, with Filipe Luis (33), Diego Godin (33) and Juanfran (34) all shown the door.

They also happen to be three of the cornerstones of one of the meanest defences in each of the last four La Liga campaigns, so clearly, a period of transition is expected. Lucas Hernandez has also departed, which means Simeone is unable to rely upon a player who would have eased the transition due to his versatility in being able to play left-back and centre-back.

Jose Gimenez and Stefan Savic will presumably play in the centre unless Mario Hermoso is able to muscle his way in front of Savic in the pecking order, and on the flanks attacking thrust and guile will be offered by new men Kieran Trippier and Renan Lodi, an £18 million signing from Brazilian outfit Atletico Paranaense who is not short on confidence.

Trippier’s bursts forward down the right are no secret to fans of the Premier League and the England national side, and assuming he can make the transition to the Spanish way of life he could prove to be a masterstroke of a signing. And Lodi, although just 21 years of age, comes with a burgeoning reputation. He too will look to bomb on in wide areas, and that signals a shift away from the more cautious work of Filipe Luis in his last few seasons as he struggled to keep up with the requirements of the role due to his age.

There’s no team in world football that wouldn’t suffer from the loss of a player of Antoine Griezmann’s quality. The World Cup winner with France has packed his bags for Barcelona and leaves a rather alarming hole for Simeone to fill in attack.

The Frenchman has been Atleti’s top scorer in each of the last five seasons,  and in 2018/19 he had a hand in nearly 50% of all the club’s La Liga goals (15 goals, nine assists of 55 in total). How do you replace a player of Griezmann’s class? With great difficulty, of course, but a good start is by capturing a young talent regarded as one of the brightest in world football.

Joao Felix scored 20 times and assisted eleven others in a stellar first full campaign for Benfica, and as a younger replacement, he’s a player who Simeone has signed with an eye on tomorrow as much as today. The Portuguese starlet will have to come to terms with that staggering £113 million transfer fee, which brings with it a whole heap of expectations, but if he can then Los Rojiblancos might just have landed themselves an absolute bargain.

Even so, Simeone needs more from his attacking stars. In La Liga last season, they scored just 55 times – Levante, in fifteenth place, notched 59 – and while conservatism and defensive solidity are fine, you still need to score goals to win football matches. Diego Costa, Alvaro Morata, Nikola Kalinic, Angel Correa, Thomas Lemar…it’s not as if the club is lacking in quality options either.

So perhaps a change in mindset from Simeone, plus the addition of the likes of Trippier and Joao Felix, could usher in a new dawn at Atletico Madrid.