The midfield of Juventus could speak more and more French next season. To accompany Matuidi, Paratici is working on other transalpine reinforcements to add to the bianconero squad. Juventus is ready for a double market challenge with Real Madrid for two big names: one is the former Paul Pogba, who may leave Manchester United this summer. The other is Tanguy Ndombele, where Lyon is intending to have a 70-million-euro auction.

Paratici is looking at investing in the future

With the move of Ronaldo, from Real Madrid to Juventus, there has been immense support for Juventus to win the Champions League. The Serie A champions represent bet365's biggest asset in the Serie A and UEFA Champions League, take a look for yourself in a full bet365 review.

Paratici is targeting another two midfielders, indicated by experts as "the new Pogba's". The first is Lucien Agoume, a young Cameroonian whiz at Sochaux, with a contract expiring in 2020. The other is Dutchman Ryan Gravenberch, also with an expiring contract in 2021 at Ajax. Gravenberch is represented by Mino Raiola, with whom Juventus is also discussing the purchase of Matthijs de Ligt and the renewal of Moise Kean's contract..

While Juventus hope for the return of Pogba himself, it is very difficult, as the Frenchman intends on joining Zidane at Real Madrid. Juve is prowling the transfer market, for a midfielder with the same characteristics as Pogba. Their success has been found through a young talent, by the name of Ryan Gravenberch. Despite his young age, the boy has been targeted by some of the most important European clubs. His agent, Mino Raiola, has already spoken with Fabio Paratici, sports director of Juventus. 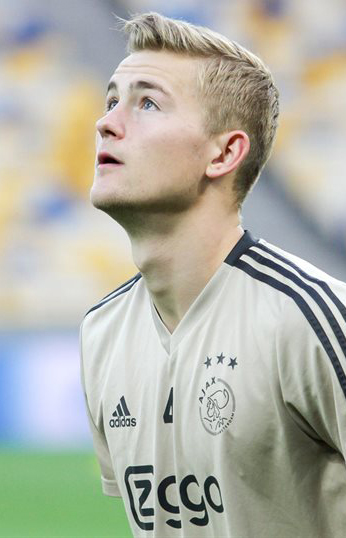 Juventus is currently waiting to understand if another Ajax wonderkid, Matthijs de Ligt, will join them. Gravenberch is the jewel of Ajax. Born in 2002, he is part of the first-grade squad, despite being only 16 years and already compared to Paul Pogba, former Juventus midfielder, also represented by Raiola.

Juventus are still interested in Pogba and may soon make an offer, even though, as stated already, he is leaning more towards Real Madrid, speaking very well of them and their coach Zinedine Zidane. Although Gravenberch has a contract with Ajax until 2021, the midfielder is one of the most interesting prospects on the world scene of football. If Ajax is faced with a serious proposal on Gravenberch, they will not decline. Juve, who have already started negotiations with Ajax and with Raiola himself for Matthijs de Ligt, have their sights deeply set on Gravenberch. Among other things, the Dutch club really likes Moise Kean, a striker that Juventus can loan. This young Italian National player is too important to escape from Juventus. But the possibility of having him play with more consistency will give Kean the chance to develop better. Juventus will therefore not deny him of a temporary loan to Ajax.

The excellent relations between Mino Raiola and Juventus could push the young gem Gravenberch to take the idea of dressing in Juventus' colours seriously, already in the coming seasons. Clearly, he will still have much to prove, but it is clear and obvious that he has the traits of a genuine phenomenon. The Bianconeri will monitor the young midfielder over the next few months. The feeling is that there is a clear interest, but right now, Gravenberch does not represent an absolute priority.

The true Juventus priority is on another player from Raiola's selection, equally skilled at Ajax: De Ligt. The Dutchman's central defensive role is the main interest for the next Juventus transfer market. A 70-million-euro assessment has been made to Ajax, with Juventus pushing as much as possible. The next transfer window is in June for both Italy and the Netherlands. This is also known as the pre-season transfer window. Let's wait and see if Juventus' investment interests go ahead.